Pick a racing series. Choose a style of racecar. Name a venue. Chances are, Tony Stewart has proven victorious – in and out of the driver’s seat. 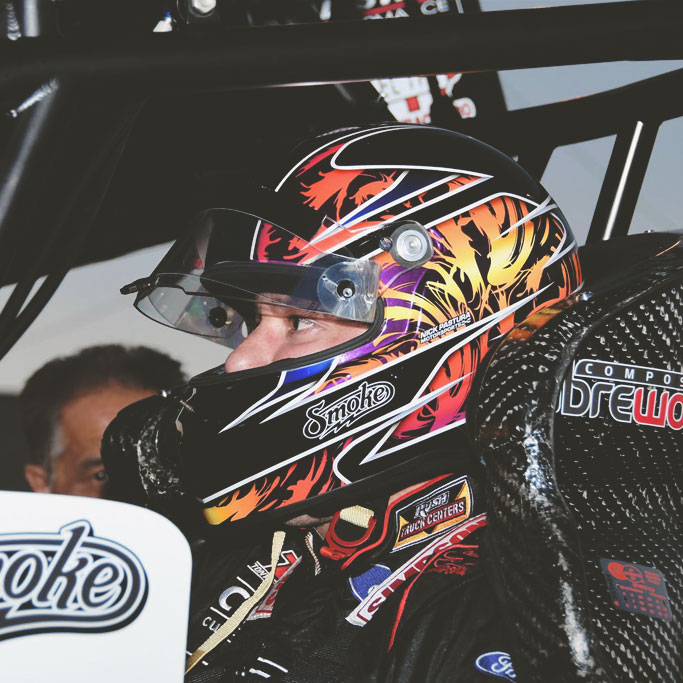 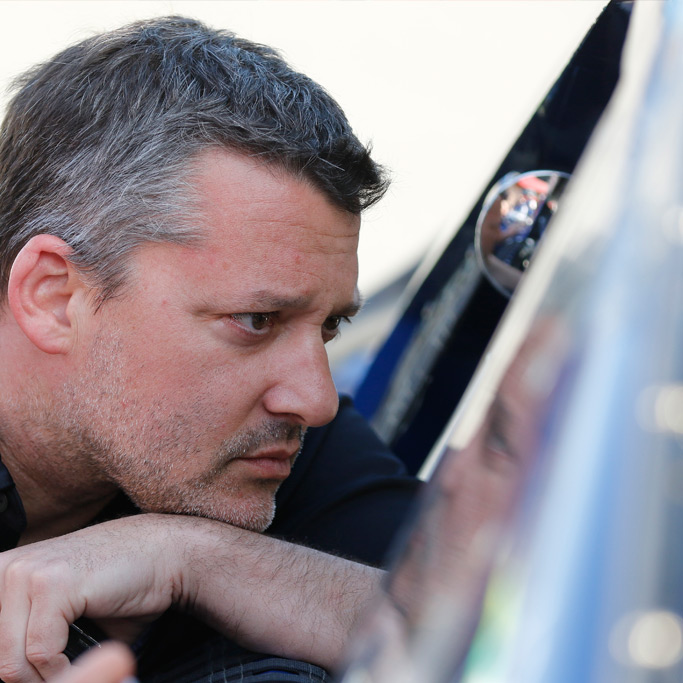 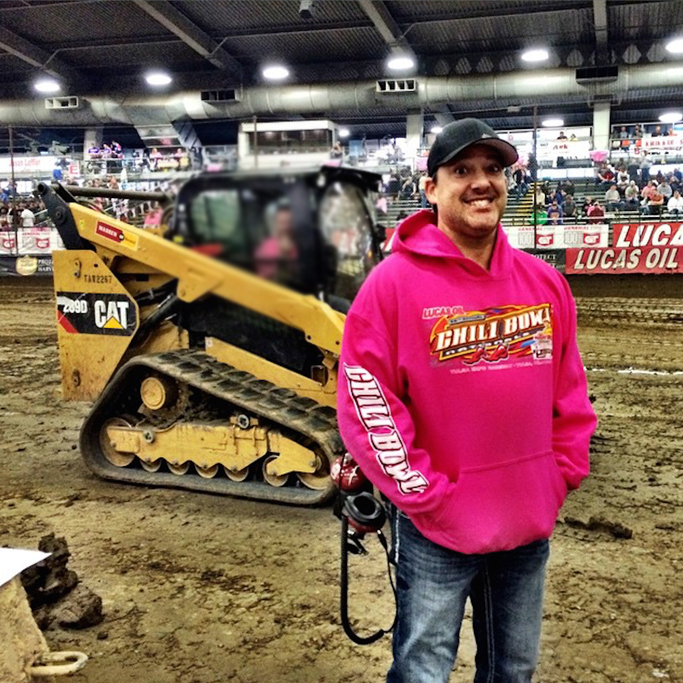 A hint of Stewart’s impending success could be seen when he was still a youngster. In 1980 at age 8, Stewart won his first championship – a 4-cycle rookie junior class championship at the Columbus Fairgrounds. Two more karting championships followed, but this time on a national level – the 1983 International Karting Federation Grand National championship and the 1987 World Karting Association National championship.Throw in a title from the 30-year-old International Race of Champions (IROC) during that series’ final year of operation in 2006, and it’s clear that Stewart is in a league of his own.He is the first and only driver to win championships in stock cars, Indy cars and open-wheel Midget, Sprint and Silver Crown cars. And his three NASCAR Sprint Cup Series championships make him one of just 15 drivers who have scored multiple Sprint Cup titles, and only the ninth driver to win three or more championships, joining Richard Petty (seven), Dale Earnhardt (seven), Jimmie Johnson (six), Jeff Gordon (four), David Pearson (three), Darrell Waltrip (three), Cale Yarborough (three) and Lee Petty (three).

And before he was a race winner and championship contender, Stewart was a rookie on the rise. The Hoosier won Rookie of the Year honors in Sprint Cup (1999), the Indianapolis 500 (1996) and USAC (1991). -more- Tony Stewart: Driver, Owner, Philanthropist Page Two “When I started racing competitively when I was about 7 or 8, getting a trophy that was bigger than the other kids’ was all I cared about,” said Stewart, who enters his 18th year in the Sprint Cup Series in 2016. “I couldn’t have asked for more out of this life. I feel like I’m a very, very fortunate person, so no matter what happens, no matter how long I race or don’t race, the goals and everything that happens from here is just icing on the cake. I’ve been very lucky to do the things I’ve done.”

Stewart’s racing career began at age 7 behind the wheel of a go-kart, with his father, Nelson, serving as car owner and crew chief.

By 1989, Stewart began the transition from go-karts to higher-horsepower, open-wheel machines. He raced three-quarter midgets before turning his attention to the USAC ranks in 1991.

His first USAC championship came in 1994 thanks to five wins in 22 starts in the National Midget category. It was a prelude to Stewart’s historic “Triple Crown” triumph in 1995.

That success led Stewart to earn a ride in the fledgling IndyCar Series. He made the most of it by winning the series championship in 1997, which sowed the seeds of Stewart’s current success in NASCAR. A schedule of 22 NASCAR Xfinity Series races with Joe Gibbs Racing in 1998 prepared Stewart for his assault on the Cup ranks in 1999.

During that remarkable rookie season, where Stewart won three races en route to the Rookie of the Year title, he also competed in both the Indianapolis 500 and the Coca-Cola 600 on the same day. The grueling trek, known as “Double Duty,” saw Stewart compete in an Indy car at Indianapolis before flying to Concord, North Carolina, to compete in the Coca-Cola 600 that evening at Charlotte Motor Speedway. He became the first driver to complete both races in the same day, finishing ninth and fourth, respectively. Stewart drove a total of 1,090 miles.

Stewart repeated this feat in 2001, when he drove an Indy car for Chip Ganassi at Indy. He bettered his mark from 1999 by finishing on the lead lap in sixth before jetting off to Charlotte for the Coca-Cola 600. He improved that finish, as well, coming home third in the 600-miler. Stewart completed all 1,100 miles – breaking his record for most racing miles driven in one day.

Eyebrows were raised on July 10, 2008 when Stewart announced that after spending his entire NASCAR career with Joe Gibbs Racing, he was leaving to become a driver/owner in the Sprint Cup Series with Stewart-Haas Racing. The last driver/owner to win a Sprint Cup race was Ricky Rudd on Sept. 27, 1998 at Martinsville (Va.) Speedway, so many pundits saw Stewart’s new undertaking as a massive, if not impossible, challenge.But Stewart ended a 375-race winless streak for driver/owners when he won the Sprint Cup race June 7 at Pocono (Pa.) Raceway – the first of four point-paying victories he earned in 2009. He also broke another streak the previous week when he took the championship point lead after finishing second at Dover (Del.) International Speedway. Not since Alan Kulwicki on Nov. 15, 1992 had a driver/owner led the point standings, but there was Stewart, 556 races later, atop the points – a position he held for 13 straight weeks before being reseeded for the final, 10-race Chase for the Championship. Stewart one-upped this accomplishment in 2011 when he won the Sprint Cup championship, becoming the first driver/owner to win the title since Kulwicki in 1992. Stewart was only the third driver/owner to become champion in the last 30 years, as Petty’s seventh and final championship in 1979 had been the last for a driver/owner until Kulwicki’s in 1992.Often overlooked in Stewart’s transition to a driver/owner in the elite Sprint Cup ranks was his long, successful history as a team owner in other racing series.
Stewart already was setting himself apart from other talented drivers as an equally talented team owner long before StewartHaas Racing was even a remote possibility, where from a 200,000-square-foot facility in Kannapolis, North Carolina, approximately 280 employees work on behalf of Stewart’s No. 14 Chevrolet, teammate Danica Patrick’s No. 10 Chevrolet, teammate Kevin Harvick’s No. 4 Chevrolet and teammate Kurt Busch’s No. 41 Chevrolet.As tenacious as Stewart is in the cockpit of a racecar, he’s proven equally adept at providing cars and equipment for racing’s dirt-track elite.In November 2000, Stewart formed Tony Stewart Racing (TSR), and since its inaugural season in 2001, TSR has earned 23 owner championships – 14 in USAC and nine in the World of Outlaws (WoO) Sprint Car Series.

Operating out of a state-of-the-art 25,000-square-foot facility in Brownsburg, Indiana, TSR campaigns a WoO team for ten-time series champion Donny Schatz. Schatz earned TSR’s most recent title when he scored the 2018 WoO championship with a series-best 22 wins.

In addition to TSR, Stewart also owns the legendary Eldora Speedway. The half-mile dirt oval is where Stewart frequently raced as an up-and-coming USAC driver, and it hosts several of the year’s largest dirt racing events, which in 2013 included a first-ever stop by the NASCAR Camping World Truck Series. It was the first time in more than four decades that a top NASCAR series had competed on dirt. Stewart has proven to be a hands-on owner, assisting with everything from preparing the track to handing out awards during the season-ending championship banquet. Stewart is also part-owner of two other racetracks – Paducah (Ky.) International Raceway and Macon (Ill.) Speedway.

As much as Stewart is devoted to racing, he is also devoted to philanthropy, so much so that he formed his own charitable foundation in 2003. Known simply as the Tony Stewart Foundation, the 501(c)(3) organization’s goal is to raise funds primarily distributed to serving three specific groups – chronically ill and physically disabled children, animals that are endangered or at risk and drivers injured in the sport of motor racing.

To date, the Foundation has awarded more than $6.5 million to assist charitable initiatives for more than 150 well-qualified organizations throughout the United States.While not seeking accolades, Stewart’s charitable efforts have nonetheless been noticed. He was named “Most Caring Athlete” by USA Weekend in 2004 and in that same year was selected by The Sporting News as “NASCAR’s ‘Good Guy’” and received the NASCAR USG Person of the Year award.

In 2008, NASCAR Illustrated bestowed upon Stewart its Person of the Year award, as Stewart’s Prelude To The Dream all-star dirt Late Model race at Eldora Speedway raised more than $4 million for charity during its eight-year run. In 2009, Stewart was nominated for the National Motorsports Press Association’s (NMPA) Humanitarian and Spirit awards, each of which recognizes philanthropy. In 2010, Stewart again was a finalist for the NMPA Humanitarian award, becoming the only person to ever be nominated in back-to-back years.

Making the 2010 selection even more noteworthy was that Stewart won and earned $100,000 for his Foundation. And in 2013, Stewart earned the prestigious NMPA Myers Brothers award, which recognizes outstanding contributions to the sport of stock car racing.Stewart, who is single, still calls Columbus home. He owns the house he grew up in as well as a 430-acre farm. He has a sister, Natalie, who assists with Tony Stewart Fan Club initiatives along with their mom, Pam Boas, who also is involved with his Foundation.